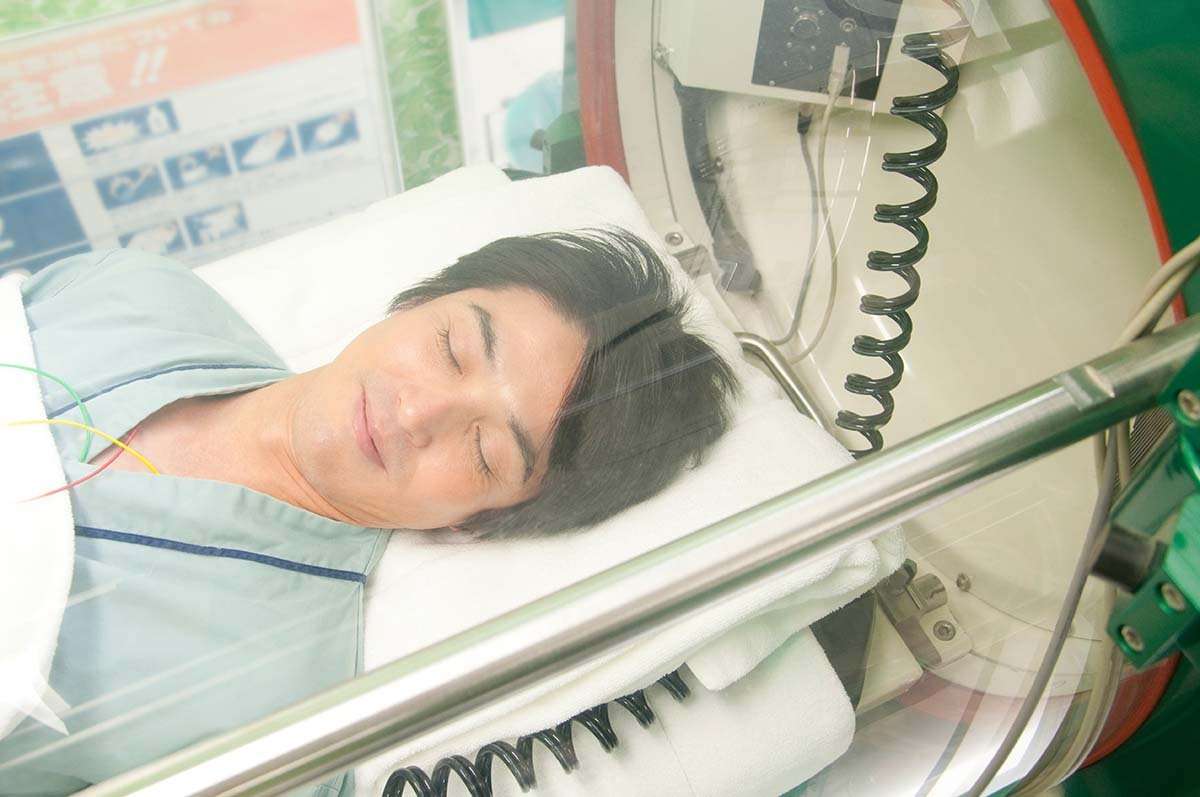 Oxygen is great for a lot of things. Living, for example. But it turns out it also has some significant usefulness in treating hearing loss, specifically sudden sensorineural hearing loss (SSNHL).

SSNHL is as alarming as it sounds. Individuals can wake up one morning with the complete loss of hearing in one (or if you’re extremely unfortunate, both) ears. It can feel like the sensation of fullness or blockage in the ear. In the US, around 4,000 new cases are diagnosed every year, typically in people between the ages of 30 to 60 years old. The severity and frequency of hearing loss can vary from individual to individual.

While the sudden deafness may be as abrupt as you go to bed with full hearing and wake up with significantly less, for some people it can be a gradual decline in hearing ability over 72 hours. Some may experience tinnitus symptoms preceding the hearing loss, or vertigo and dizziness at the time of the sudden deafness. Doctors can’t always identify what has caused the SSNHL; in fact, an underlying cause is only found in less than 15% of cases. Possible causative factors include:

It is possible for spontaneous recovery – that is, your hearing loss slips back as inexplicably as it slipped away. It’s difficult for researchers to pinpoint the statistics on this as not everyone with SSNHL seek medical care (which they should), but it appears to be between 25 to 65% of cases.

The conventional treatment for SSNHL is high-dose oral steroids, and quick-smart. For the best chance of restoring the hearing loss, or at least part of it, these steroids need to be taken within the first three days of its onset. Those whose hearing loss doesn’t respond well to oral steroids might need to be considered for steroid injections into the ear. In addition to steroids, however, research has also shown promise for a different type of treatment – oxygen.

While the atmospheric air we breathe – the good stuff – contains about 20% oxygen, hyperbaric oxygen therapy uses 100% oxygen. The therapy is delivered via a number of sessions, typically 20 for SSNHL treatment, in a hyperbaric chamber.

Hyperbaric chambers are probably the most well-known for the role of treating decompression sickness (or “the bends”) as a result of scuba diving. However, hyperbaric oxygen has also shown to be useful for helping to manage severe bacterial infections, or persistent wounds from diabetes or radiation injury that refuse to heal. The supercharged oxygenated blood as a result of your time in a hyperbaric chamber promotes healing and supports your body in fighting infection.

In the case of SSNHL, the additional oxygen provided to your body is thought to help mend any damage to the structures of the inner ear, promoting the restoration of any sudden deafness.

Various studies have demonstrated that hyperbaric oxygen therapy as part of a combination treatment with steroids held advantages over conventional SSNHL treatment (steroids alone) in restoring a greater degree of hearing, as well as improving the odds of recovering any hearing.

Any unexplained decline to your hearing shouldn’t be ignored. As with many medical conditions, early treatment often results in the best prognosis and better chances of getting back to full health. If you wake up one morning and feel like your hearing in one ear has snuck away like a thief in the night, don’t ignore it. Take a deep breath (of 20% oxygen) and talk to your physician about whether 100% O2 might just be what you need.