The Link Between Visual Snow Syndrome and Tinnitus

The Link Between Visual Snow Syndrome and Tinnitus 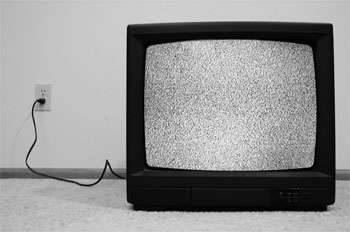 In its simplest presentation, Tinnitus is a ringing in the ears. It’s an audiological and neurological condition experienced by nearly 50 million Americans and is caused by damage to the hearing nerve in the inner ear. The American Tinnitus Association says tinnitus can also cause sufferers to hear constant buzzing, hissing, whistling, swooshing, clicking and screeching. In rare cases some patients report hearing music. You can imagine the level of dismay and frustration that tinnitus can cause. Roughly 20 million people struggle with chronic tinnitus and 2 million people have extreme and debilitating cases.

Researchers and physicians have now discovered that another condition can be connected to tinnitus and it’s called Visual Snow Syndrome (VSS) – also referred to as Eye Tinnitus even though symptoms can be auditory and tactile, as well. Sixty-three percent of people who suffer with VSS also suffer from tinnitus. VSS is considered rare but research into the condition is shedding more light on tinnitus, as well.

Visual Snow Syndrome is a persistent visual “display” of snow or television-like static that covers parts of or the entire eye.

VSS has many different symptoms that can be manifested in visual, auditory and tactile ways including:

Researchers now know that VSS is a central sensitization disorder. It is distinct from migraines and migraines with auras and now has its own separate classification as a medical disorder.

In addition to the symptoms listed above, people with VSS can suffer from anxiety, stress, depression and find it difficult to concentrate. The condition is exacerbated by lack of sleep, a cold, the flu, alcohol and caffeine consumption, and eating too much sodium or sugar.

The treatments for VSS may surprise you. They include a healthy diet, increased exercise, and the management of stress and anxiety through mindfulness techniques such as yoga and meditation.

Matthew Renze suffers with VSS. In his presentation to a conference on tinnitus, he relayed the fact that those exact treatments had been suggested to him by the Mayo Clinic. He was hesitant to adopt them. However, once he did he was able to manage his VSS and live a productive life. Matthew described his VSS management program and now measures results through biofeedback in his home:

Neurologists, ophthalmologists, psychologists and other specialists are continuing to research visual snow syndrome in order to understand it more thoroughly. The good news is that they now understand that it is its own very unique condition and not a subset of migraines. That will lead to increased research and hopefully future treatments.

Tags:
eye tinnitus, tinnitus, visual snow syndrome
Newer Why 30 Million Americans Suffer from Completely Preventable Hearing Loss
Back to list
Older The Ins and Outs of a Hearing Test – what they are and what they measure
close