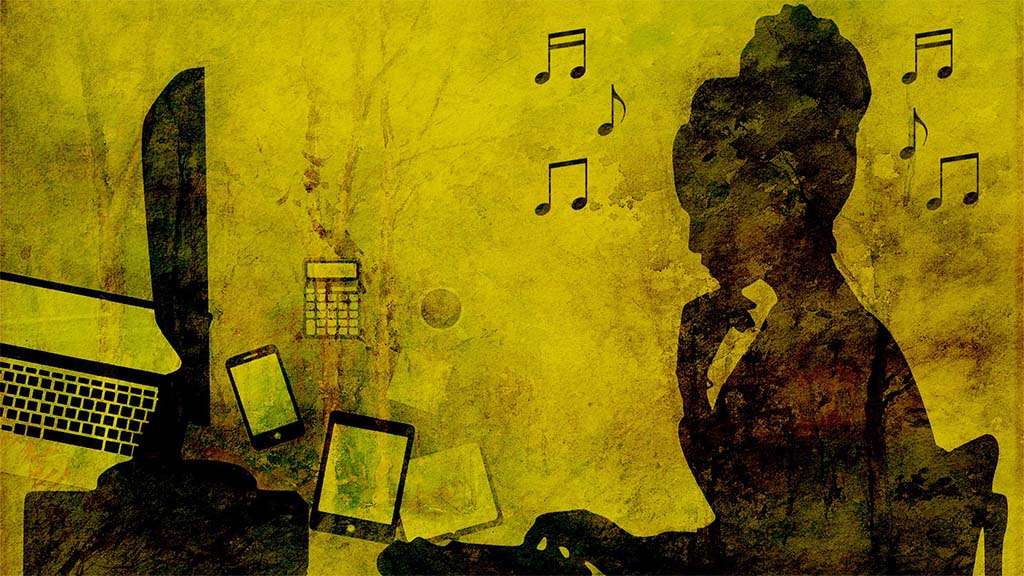 Do you have a tune stuck in your head? While it’s common to have a little lingering earworm after listening to a particularly catchy song, if you can actually hear a tune that no one else can, you may be experiencing a musical hallucination. Before you begin doubting your mental acuity, keep reading to find out more about this intriguing phenomenon.

I Hear Symphonies In My Head

People who have experienced musical hallucinations may hear a real melody, song, or music in their head. Usually, it’s a tune they’re familiar with, such as a childhood nursery rhyme and often there will be the perception of voices in addition to music. In most cases, the individual is aware that they’re listening to a phantom song.

Musical hallucinations can be associated with several underlying causes, though they have also been reported in healthy people. They can be caused by:

Overall, cases of musical hallucinations are uncommon, reported in about 0.16% of a general hospital population. In one study of elderly patients with hearing loss, 2.5% were found to experience musical ear syndrome. However, it is possible that the prevalence of musical hallucinations is underestimated due to affected individuals being worried that they’ll be institutionalized for hearing ghost tunes, and so prefer to keep it to themselves. In addition to this, hearing specialists may simply not think to ask their patients about musical hallucinations. After all, it’s so rare.

Several risk factors have been identified that may make you more likely to experience musical ear syndrome. However, exactly how these risk factors are related to the hallucinations is still unclear. (In fact, a lot about musical hallucinations is still unclear). In addition to experiencing any of those potential causes of musical hallucinations, researchers have found that older age, female gender, and social isolation can increase your likelihood of hearing a phantom tune.

If you’re living with a hearing impairment, perhaps you’ve heard a song or two that no one else seems to hear. Typically, it’s moderate to severe levels of hearing loss that can trigger a musical hallucination. If you have hearing loss more pronounced in one ear compared to the other, you’re more likely to hear the ghost melody in your better ear.

The theory behind musical hallucinations in the presence of a hearing impairment is that your deprived ears are simply looking for auditory stimulation. Being unable to satisfactorily receive sounds from the world outside, your brain ends up filling the silence with music and songs you already know. Some researchers describe this as your musical memory circuits being activated in the absence of other auditory stimuli. Individuals will often find their musical hallucinations are more pronounced when the external world is quieter.

How to Treat Musical Ear Syndrome

For those whose musical hallucinations are associated with a hearing impairment, addressing any hearing loss can often help with silencing that phantom orchestra. Because the hallucination is often worse when it’s quiet around you, increasing the external noise in your environment can be enough to tell your brain that it doesn’t need to play childhood nursery rhymes. If you wear hearing aids, this can involve optimizing your device at your local hearing aid center. If you know you have hearing loss but haven’t yet investigated whether a hearing aid could help you, it may be time to visit your local hearing aid specialist! Patients with hearing impairment have also reported the following can help dampen their musical hallucinations:

Learning a few coping mechanisms can also be effective at helping you deal with the ghost music until it fades. Although it may sound like a trivial issue to those who have never heard a musical hallucination before, this phenomenon typically causes negative emotional reactions and is associated with a lowered quality of life. When the band strikes up, it may help you to engage in strategies such as mindfulness, breathing exercises, or meditation. For some, cognitive behavioral therapy with a trained counsellor can be useful.

It is possible for musical hallucinations to dissipate on their own. Medications can also be used in some instances, including antidepressants.
If you think you’ve been hearing melodies no one else can hear, don’t think you need to keep listening. Speak to your hearing specialist about your options for silencing those unwanted tunes.