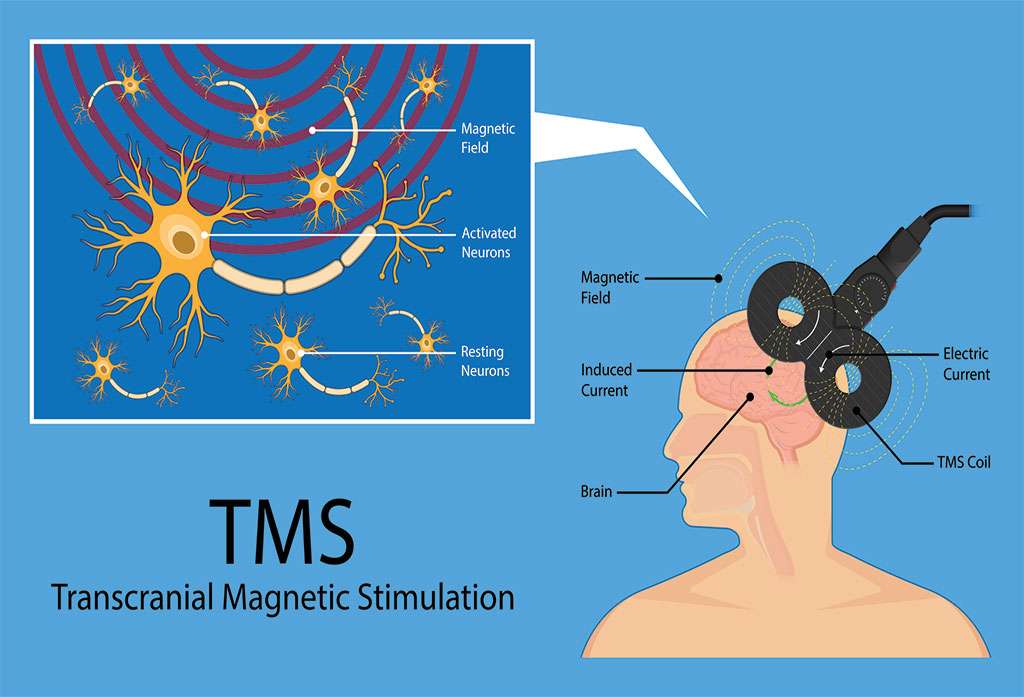 Magnets are useful for a lot of things – sticking things on your fridge, storing data in computers, running trains (like the magnetically levitated trains in Japan), and scanning your insides (with magnetic resonance imaging, or MRIs). Magnets are also quite useful for the treatment of tinnitus, specifically in the form of transcranial magnetic stimulation (TMS).

According to the American Tinnitus Association, tinnitus is “the perception of sound when no actual external noise is present.” Tinnitus can be described as hearing a ringing, whooshing, clicking, hissing, humming, or buzzing sound. In rare cases, some people report hearing phantom music.

Approximately 50 million Americans experience tinnitus in one form or another. The effects can range from a mild annoyance to severe debilitation, when the phantom noises are so loud or constant that the individual finds it difficult to concentrate or function in everyday life. Around 20% of people with tinnitus classify their symptoms as a “clinically significant problem.”

Tinnitus is considered to be a symptom of another condition, rather than being a disease in itself. However, many cases of tinnitus have no identifiable underlying cause. In other cases, tinnitus can be traced back to being a result of:

Regardless of the contributing condition (or mysterious lack thereof), the general mechanism underlying that annoying ghost humming in your head is often considered a degree of neural hyperactivity, along the auditory pathway. Brain imaging studies have found that people with tinnitus demonstrate increased activity in their auditory cortex of the brain compared to people without tinnitus, even when there is no external noise present.

Tinnitus can have significant impacts on quality of life, sleeping, mental function, and is even associated with anxiety and depression.

If your humming ghost is due to an identifiable underlying condition, it would make sense to address this directly – change your medication, scoop out that earwax, or be fitted with an awesome hearing aid. However, if that humming ghost simply turned up for no good reason, what can you do then?

Some hearing aids, such as the Signia Styletto X, come equipped with a tinnitus therapy function, providing various background noises to soothe the effects of the tinnitus. Similarly, some patients may use another device to produce white noise that can help to suppress symptoms. Other management approaches include cognitive behavioral therapy or counseling, which teach coping strategies to lessen the impact of tinnitus symptoms on daily function and mental wellbeing.

As with many medical treatments, certain management strategies will work well for some people and not as well for others.

Transcranial magnetic stimulation (TMS) is currently FDA-approved for the treatment of major depression and obsessive-compulsive disorder. Over the last decade or so, studies have been conducted to evaluate the use of TMS for the treatment of chronic tinnitus but at the time of writing, this has not yet achieved FDA-approval.

During TMS therapy for tinnitus, a magnetic coil is positioned on the outside of the head next to the auditory cortex of the brain. Over several sessions, low frequency electromagnetic pulses are repetitively delivered to the brain, which act to moderate the activity of neurons and suppress the tinnitus at its source. TMS is non-invasive and doesn’t require anesthesia or sedation. Potential side effects are reported to be mild, such as a low-grade headache or tingling in the scalp, and patients can typically return immediately to their normal activities afterward.

Although not all researchers have come to the same conclusion, many studies have found the use of TMS for tinnitus to be effective, with some (but not all) study participants reporting an improvement in their symptoms. A large clinical trial conducted by the VA Portland Medical Center in conjunction with Oregon Health & Science University in 2015 found over half their study participants with tinnitus experienced an improvement in their tinnitus severity, which lasted for at least the following 6 months.

Further research is needed to determine which patients will respond best to TMS as well as the most effective protocols for the treatment, such as the exact positioning of the magnetic coils, frequency and intensity of the pulses, and how often treatment should be delivered – this may explain the differing conclusions of the various trials conducted. So far, studies have told us that the most significant effects of TMS therapy for tinnitus are found in patients who:

At the moment, TMS is not considered to be a mainstream or go-to therapy for tinnitus. Though there are some clinics that currently offer TMS, the American Tinnitus Association still describes it as an experimental therapy, and encourages people suffering from tinnitus to first look into traditional management options. As scientists continue to delve into the mysteries of tinnitus, one day we will hopefully stumble upon a way to boot that humming ghost right out of your head.