The Leading Causes of Hearing Loss in 2016 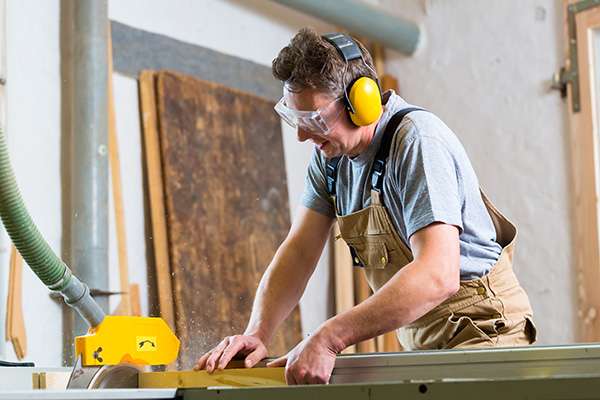 Many people consider hearing loss to be a condition that only the aging population suffers from. However, contrary to popular belief, hearing loss is a physical condition that can occur at any age. The number of young people that suffer from hearing loss has risen since 1988, according to a 2010 report from the Centers for Disease Control and Prevention (CDC). The report by the Centers for Disease Control and Prevention (CDC) also found that over one out of five teens have damaged hearing. In addition, there are several reasons people develop hearing problems unrelated to aging.

Loud noises from machinery and heavy equipment can be extremely damaging to your ears. Most professions that require individuals to work in loud working conditions entails that employees wear ear plugs and other protections. But, there are some environmental noises that are hard to protect your ears from.

External noises from traffic, busy streets, subways, and other places are hard to avoid. However, noises generated from these sources do affect your hearing, especially after repeated exposure. According to experts, noise at 85 decibels (dB) is considered safe if you are not exposed to it for more than eight hours at a time. But if you increase the level to 110 dB, it becomes unsafe after just one minute and 29 seconds. For example, according to the Center for Hearing and Communication (CHC), the noise generated from a busy subway is between 90 and 115.

Protecting your ears from everyday environmental noises can seem difficult. However, wearing ear muffs and limiting your exposure makes a big difference.

More and more young people are suffering from hearing difficulties due to the increased use of earphones. According to the National Institute on Deafness and Other Communication Disorders (NIDCD), over 15 percent of Americans between the ages of 20 and 69 suffer from hearing loss that may have been induced by exposure to loud noise.

When used at high volumes (above 85 decibels) audio devices can damage hearing, especially if they are used for long periods of time. Over 16 percent of children between the ages of 12 and 19 have reported hearing loss as a result of loud noise. Thus, parents should limit the volume and time children spend listening to music through earphones. Purchasing high-quality headphones can also help prevent damage.

Certain ear conditions can lead to hearing loss. For example, people who are frequently outdoors or involved in water sports may be at a higher risk of experiencing ear problems. This is because certain conditions like exposure to the water, the wind, and harsh temperatures make ears prone to infections, swimmer’s ear, and other harmful conditions. Athletes and others should also wear earplugs and protection when stepping outside.

Hearing loss as a drug side effect is a rare but realistic occurrence. Some common over-the-counter medications, such as acetaminophen, may list hearing impairment as a possible side effect. Medicines that affect hearing are known as ototoxic. According to the American Speech-Language Hearing Association, there are over 200 known ototoxic medications today.

Newer What is Tinnitus?
Back to list
Older Hearing Loss and Falls
close