The Physiological Effects of Music and Noise on the Human Body 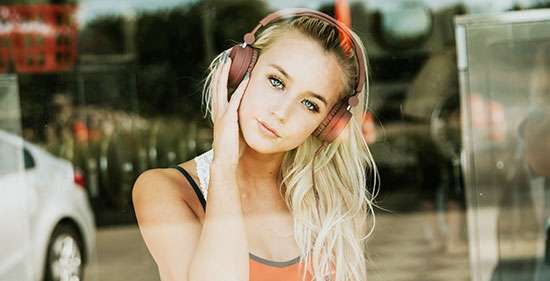 “What is that noise?” is the refrain of every generation when listening to a younger generation’s music. Sound familiar? Does the music your children, grandchildren, nieces, or nephews listen to sound like nothing more than fingernails on a chalkboard? It’s an interesting phenomenon: what is music to some is noise to others.

If you research “music and noise,” you will find one common theme: music is a type of noise that is orderly. Music has harmony and patterns that are recognizable to the ear. It has wavelengths and frequencies that are exciting, emotional, and soothing. On the other hand, sounds that are irregular and have wavelengths that abruptly change are considered noise by the listener whether they are generated by music, a construction site, a vacuum cleaner, or a baby’s cry.

Differencebetween.com1 makes some other interesting observations about the differences between music and noise:

Scientists have conducted studies on the impact of music on human beings and other living things and discovered some interesting effects. It will come as no surprise that music causes human beings to relax.

A study published in the Journal of Human Ergology4 (ergology is the study of the psychological effects of work) looked at the differences in heart rate when people listened to music compared to other types of noise. Researchers played classical and rock music, and a tape of recorded noise for participants. They discovered that the sympathetic nerves (those that control a body’s automatic actions like heart rate and blood pressure) were suppressed when a person listened to classical music which, in turn, caused a slower heart rate. On the other hand, rock music and noise increased the heart rate. Researchers concluded that “classical music tends to cause comfort and rock music and noise tend to cause discomfort.”

Part of the reason that rock music may be unsuccessful in causing relaxation and calm is the decibel level of the noise. Any noise over 90 decibels is considered dangerous to hearing. Both sandblasting and a rock concert register at 115 decibels.

Therapists have understood the benefits of music therapy for many years. The American Music Therapy Association6 says that music therapy can promote “wellness, manage stress, alleviate pain, enhance memory, and improve communication” for veterans, children, those with Autism and Alzheimer’s disease, and others.

Some studies5 have found that music can also help patients relax before surgery. It can help to decrease anxiety, heart rate, and blood pressure.

Animals react positively to music too

Keeping in mind that any noise OVER 90 DECIBELS is considered dangerous to hearing, here we present the average decibel ratings of some familiar sounds (reprinted from our article titled Why 30 Million Americans Suffer from Completely Preventable Hearing Loss:

Even beautiful noise can pose a danger to hearing loss:

The sounds that we encounter every day add to the cacophony of noise that we absorb:

Newer Even Mild Hearing Loss Triples The Risk Of Falling
Back to list
Older Have you heard about hearing assistance dogs?
close