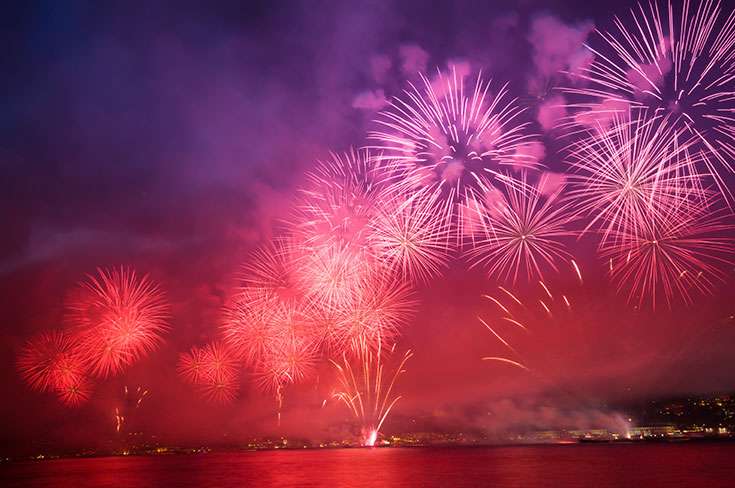 Approximately 15 percent of Americans suffer permanent hearing loss after being exposed to loud noises like explosions or, given that we’re in July 4th mode, firecrackers. Now, a new body of research may have uncovered an ear treatment that prevents this type of hearing loss.

Researchers at USC’s Keck School of Medicine conducted a study to learn precisely what happens when the ear is exposed to loud noises. They discovered that injections of salt and sugar-based solutions directly into the middle ear after extremely loud noise exposure might actually prevent hearing loss.

First, researchers created extremely tiny cameras that could sit inside the cochlea, (the portion of the ear that translates sound vibrations into nerve impulses for hearing) and take images of what happens when the ear is exposed to loud noises. They inserted the cameras into the ears of mice and then exposed them to a noise with the same decibel levels as an exploding roadside bomb. Through the miniature imaging devices, researchers were able to see that two things happened inside the ear:

Here’s the important discovery. Researchers found while both the sensory hair cells and neurons (nerves) died after exposure to loud noise, the neurons were damaged after a delay in time which offered a critical window in which to deliver treatment.

Scientists found that the fluid that builds up inside the ear after exposure to loud noise has “high concentrations of potassium.” In order to counteract the buildup (and prevent the permanent destruction of neurons), scientists injected the middle ear with salt and sugar-based solutions 3 hours after the ear was exposed to loud noise. Researchers discovered that this simple treatment prevented 45 to 65 percent of the neuron loss. That’s exciting.

Although the Keck School team of researchers need to conduct further studies to understand the details of this type of hearing loss, they can already see the potential applications of successful treatment. The study’s corresponding author, John Oghalai, MD, chair and professor of the USC Tina and Rick Caruso Department of Otolaryngology — Head and Neck Surgery and holder of the Leon J. Tiber and David S. Alpert Chair in Medicine, says this discovery could save hearing loss suffered by military personnel and those with certain diseases.

“I can envision soldiers carrying a small bottle of this solution with them and using it to prevent hearing damage after exposure to blast pressure from a roadside bomb,” he said. “It might also have potential as a treatment for other diseases of the inner ear that are associated with fluid buildup, such as Meniere’s disease.”