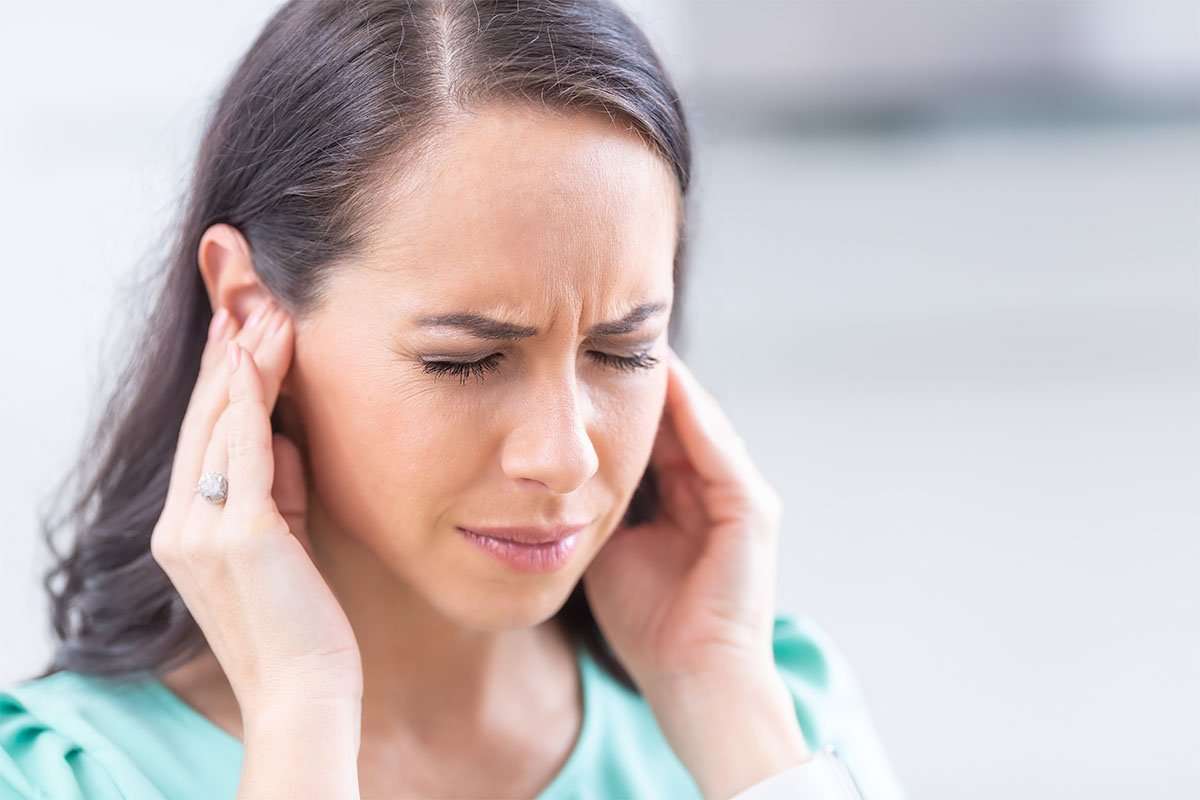 Tinnitus is the sensation of hearing a noise in your ears despite no real sound being present in the environment. It can be experienced differently by different people. Some hear it as a ringing while others may describe a noise more like buzzing, chirping, roaring, hissing, clicking, or whistling. The noise may be either high or low pitched and can be short-lived and transient or chronic and ongoing. For some, it’s easy to ignore while for others, persistent tinnitus can be a real disturbance and can actually lead to depression, anxiety, fatigue, and difficulties with memory and concentration.

Around 1 in 10 adults in the US have experienced (or are still experiencing) tinnitus, with those in workplaces exposed to loud noises and older Americans being at a higher risk. Roughly 36% of those with tinnitus have symptoms that are present almost all the time. So, what are some of the underlying causes for this common noise complaint?

There are a variety of conditions that have been linked with the onset or exacerbation of tinnitus. Unfortunately, tinnitus can also be one of those conditions that sometimes have no detectable underlying cause. In these situations, it’s known as idiopathic tinnitus.

From our understanding of tinnitus so far, we know it can be associated with:

Noise-induced hearing loss
NIHS is evidenced with the data that shows people who are exposed to loud noises in their workplace or during their hobbies are more likely to experience tinnitus. The theory behind this relationship is that excessive volume damages the sensory hair cells in the ear that are responsible for transmitting sound signals to the brain. In the absence of being able to properly detect soundwaves, these damaged cells may end up sending random neural impulses, which then results in tinnitus. 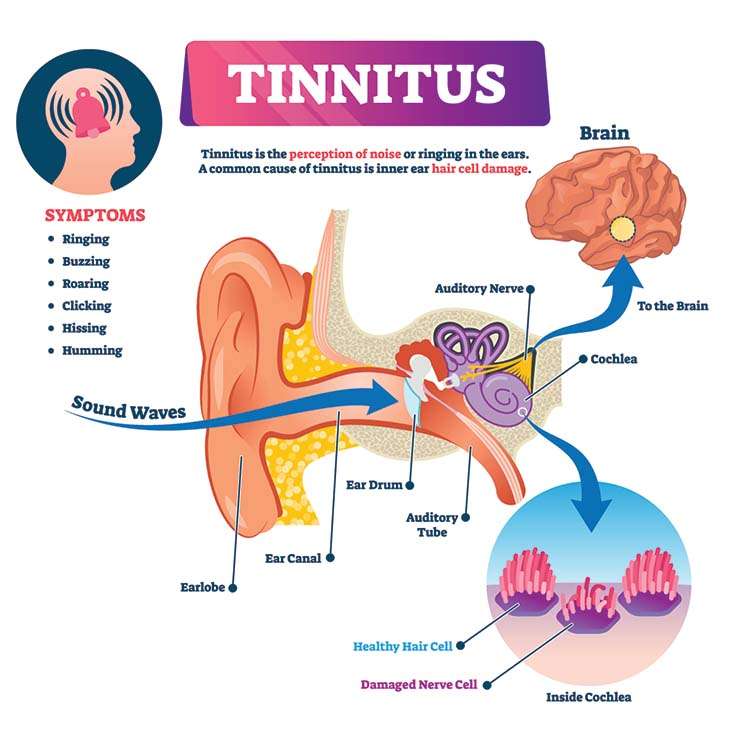 Age-related hearing loss
Tinnitus is also more common in older people, and for some, may be the first indication of hearing loss. Aging can lead to natural deterioration of the function of various parts of the ear, including the sensory hair cells, which leads to something similar to the underlying mechanism of noise-induced hearing loss and tinnitus described earlier.

Blockage of the ear canal
A clogged up ear canal can arise for different reasons. An accumulation of earwax (known as cerumen impaction), fluid from an ear infection, dirt and debris, or other foreign objects can change the pressure within the ear, leading to the experience of tinnitus.

Injuries or conditions of head, neck, or jaw
Temporomandibular joint (commonly abbreviated to TMJ) syndrome is known to be associated with tinnitus. Trauma to the head or neck area can induce tinnitus through damage to one or more structures involved in the process of hearing. These can include the ear itself, the nerves associated with transmitting sound signals, or the parts of the brain used to interpret sound. Often, tinnitus as a result of head or neck trauma will only be apparent in one ear.

Medications
Over 200 medications are known to either cause or worsen tinnitus. There is usually a dose-dependent risk, meaning the higher the dose of your medication, the worse the tinnitus generally becomes. The most common drugs known to be associated with tinnitus are aspirin, certain antibiotics, non-steroidal anti-inflammatories (NSAIDs), antidepressants, antimalarial drugs, and diuretics. Fortunately, the tinnitus usually resolves once you stop the offending medication.

Meniere’s disease
Meniere’s disease is an inner ear disorder that’s associated with vertigo, a feeling of congestion in the ear, and, you guessed it, tinnitus. There’s still a way to go with understanding why some people get Meniere’s disease, but some doctors believe it may be a result of constricted blood vessels, viral infections, allergies, or an autoimmune response.

Otosclerosis
Otosclerosis is the fancy term referring to stiffening of the tiny bones in the middle ear. Otosclerosis tends to have genetic links as it runs in families and is a result of abnormal bone development. The changes to these bones can cause hearing loss and associated tinnitus.

Tumors in the head and neck
Although this cause of tinnitus is not common overall, the most common tumor known to be associated with causing tinnitus would be an acoustic neuroma. Acoustic neuromas are benign growths that affect the nerve linking the brain to the inner ear. It is involved with both balance and hearing.

Where Can I Take My Noise Complaint?

If you’re experiencing tinnitus, it’s not necessary to suffer in (metaphorical) silence. Speak to your family physician, who may refer you to, or co-manage you with, an ear specialist, known as an otolaryngologist or ear, nose, throat (ENT) doctor.

Effective treatment for tinnitus largely depends on being able to pick out a causative factor. For example, if you’ve been taking an anti-malarial medication on your trip to the deep Malaysian jungle and now you hear the whining of mosquitoes everywhere (and you’re sure there are actually no mosquitoes nearby), the solution would be to stop the tablets. Alternatively, if your doctor thinks your hearing loss is behind your tinnitus, treating your hearing loss with hearing aids can help to improve your symptoms.

In a lot of situations, the symptoms of tinnitus can only be managed but not cured. Options to help you cope with persistent or debilitating tinnitus include:

Further research is ongoing into treatment options for tinnitus, including the use of magnets. While we may still be some years away for being able to offer that blissful silence to all tinnitus sufferers, medicine is advancing in leaps and bounds, so hope on to hope!