What Is Hidden Hearing Loss, Anyway? 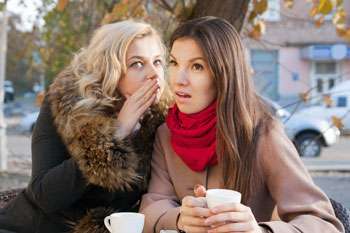 Hearing tests detect all hearing loss, right? Researchers from Massachusetts Eye and Ear recently discovered a phenomenon called “hidden hearing loss” that cannot be detected by standard hearing tests. This type of hearing damage doesn’t affect a person’s ability to hear quiet sounds, rather it makes it harder to pick out an important sound, such as someone’s voice from competing background noise(s).

People with hidden hearing loss have difficulty picking out individual words in conversations that take place in noisy, crowded restaurants, bars, sporting events, etc. even though they hear perfectly in normal circumstances. Scientists say the damage is permanent, but because it’s not indicated in standard audiological tests that measure the ability to hear non-competing sounds, it’s often missed.

The research is new and many questions remain but here is what scientists found and what it could mean for our listening and lifestyle habits.

Clinically, the condition that researchers discovered is called “cochlear (inner ear) synaptopathy.” Basically, that means that there is damage to the connections between the two parts of the ear that convert external sounds into things that we can hear: the auditory nerve fibers and the sensory cells.

The charity Action on Hearing Loss describes it best: “With hidden hearing loss, the damage is sustained by nerve cells in the inner ear. They don’t die off immediately, but instead they very quickly lose their connections with hair cells, so they cannot send information to the brain. As a result, the brain receives degraded information from the ear, and struggles to interpret it correctly.”

In other words, did your friend across the dining table (in the midst of competing conversations with other people at the table) just say “When are we going to leave, I’m bored?,” or “When were you going to Steve’s and the store?”

Scientists believe that the loss of this sensory connection in the ear may cause several different types of hearing difficulties:

Usually hearing loss is caused by disease, trauma, or long term exposure to loud noises – all of which damage the sensory cells of the inner ear. Forty-eight million Americans suffer from that type of hearing loss. Now this new discovery has added a new category of hearing loss, and potentially many more millions of Americans who suffer from it.

Can anything be done to prevent and/or treat hidden hearing loss?
Researchers think so. Because these findings are so new, (September of 2016) there isn’t a lot of concrete information on prevention and treatment, but here is what scientists are looking toward.

Hidden hearing loss is obvious to some listeners
The interesting thing is that “hidden hearing loss” isn’t hidden to the people who suffer from it. You are most likely keenly aware if you have problems hearing conversations in noisy settings and you probably struggle with it. What you need are strategies that will improve your listening and we can provide them for you. Hearing loss is our specialty. After an exam and hearing assessment we can tell you what level of hearing (loss) you have, and how we can improve it with a wide range of hearing devices.

Newer How Can You Tell If You Are Suffering From Hearing Loss?
Back to list
Older What You Need To Know About Earwax, Q-Tips And Ear Candles
close