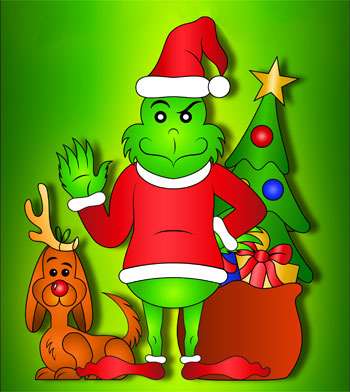 Anyone who has watched the classic “The Grinch Who Stole Christmas” is familiar with his riff on the Whoville holiday celebrations:

Although his shoes were too tight and his heart was too small, the Grinch had a very good point about noise- it is all around us. When it is too loud for a sustained period of time it can be more than simply annoying – it can actually cause Noise Induced Hearing Loss (NIHL). Noise induced hearing loss is the only type of hearing loss that is completely preventable.

The National Institute on Deafness and Other Communication Disorders (NIDCD) says that when sounds are too loud, even for a brief time, or when they are both loud and long-lasting they can “damage sensitive structures in the inner ear and cause noise-induced hearing loss.” The NIDCD says that approximately 15% of Americans between the ages of 20 and 69 – 26 million Americans – have hearing loss caused by exposure to noise at work or play. As many as 16% of teens ages 12 to 19 have reported some hearing loss that could have been caused by loud noise.

Sound accumulates easily in our daily surroundings. Even sound that we think of as benign can eventually cause hearing loss if we are exposed to it for too long. To examine the impact of noise on our ears we need to understand a bit about how sound is measured. The scientific measurement unit is called a decibel. Sounds of less than 75 decibels, even after long exposure, are unlikely to cause hearing loss. However, long or repeated exposure to sounds at or above 85 decibels can cause hearing loss. The louder the sound, the shorter the amount of time it takes for noise induced hearing loss (NIHL) to happen.

It is estimated that as many as 30 million Americans are exposed to potentially harmful sounds at work. We are also exposed to noise at home and during recreational activities. When you look at the following noise levels that we encounter every day, it’s no wonder that so many Americans suffer from noise induced hearing loss.

Here are the average decibel ratings of some familiar sounds:

Even beautiful noise can pose a danger to hearing loss:

The sounds that we encounter every day add to the cacophony of noise that we absorb:

And that bring us to the topic of headphones. 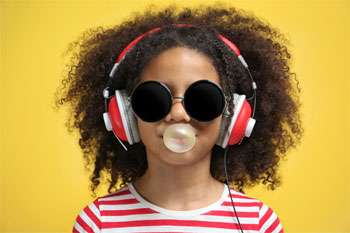 This past holiday season The New York Times published a report that children’s headphones may not be as safe as manufacturer ratings claim. That is a reason for concern as children, some as young as 3 years old, are wearing headphones for longer periods of time. Some brands claim to be “safe for young ears” or to deliver “100 percent safe listening.” But a new analysis by The Wirecutter, a product recommendation website owned by The New York Times, found that half of 30 sets of children’s headphones tested did not restrict volume to the promised limit. The worst headphones produced sound so loud that it could be hazardous to ears in minutes.

What is a parent to do? Dr. Jim Battey, the director of the National Institute on Deafness and Other Communication Disorders, says “If a parent is an arm’s length away, a child wearing headphones should still be able to hear when asked a question. If they can’t, that level of noise is unsafe and potentially damaging.”

How do you know if you have noise induced hearing loss?

NIHL sneaks up on you. It is a gradual loss of hearing, unless you have been exposed to an explosion or other extremely loud noises at close range. You begin to realize that some sounds are distorted or muffled. You may find it difficult to understand conversations on television or other people when they talk to you.

Loud noise exposure may cause tinnitus, a ringing, buzzing, roaring or clicking in the ears. This symptom may come and go and can occur in one or both ears.

Exposure to a loud noise may cause a temporary hearing loss. Although hearing may seem normal 16 to 48 hours later, long-term damage to hearing may have occurred. Loud noises of this type can also rupture the eardrum or damage bones in the ear causing permanent hearing loss.

How do you treat noise induced hearing loss?

The best treatment for noise induced hearing loss is prevention.

Noise induced hearing loss is the only type of hearing loss that is completely preventable. That’s very important. You have the ability to prevent NIHL and protect your hearing in the following ways:

Newer What You Need To Know About Earwax, Q-Tips And Ear Candles
Back to list
Older The Link Between Visual Snow Syndrome and Tinnitus
close